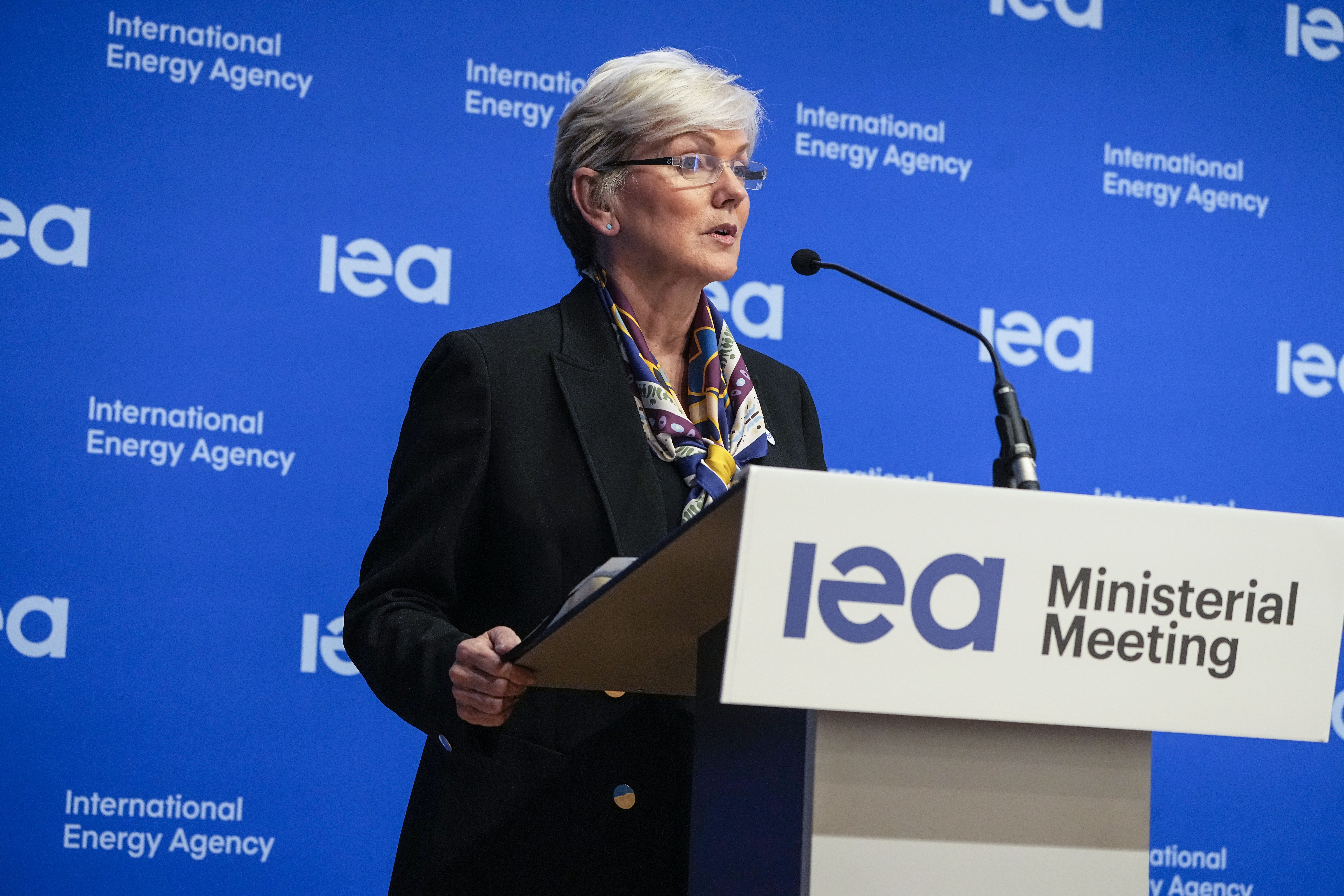 Details will be important, as experts have warned that the U.S. government doesn’t have the power to unilaterally command the private markets, and therefore might be limited in its ability to address Europe’s supply crunch. And American gas exporters are already shipping their LNG overseas nearly as fast as they can, with little new capacity due to come online during the next two years.

Granholm, alongside International Energy Agency Executive Director Fatih Birol, following a meeting with European energy leaders, also continued to emphasize the need to reduce use of fossil fuels overall and accelerate the transition toward clean energy.

“The fight against climate change shouldn’t be a victim of the Russian invasion,” said Birol.

Details: The comments come in the midst of Biden’s visit to Europe, where he is strategizing with NATO leadership on how to best increase pressure on Moscow and present a united front against Russia for its war on Ukraine.

One of the fallouts from the war has been heightened energy prices in Europe, especially as buyers have scrambled to find oil suppliers outside Russia. The president is expected to announce new sanctions against Russia this week, including a “joint action on European energy security and reducing Europe’s dependence on Russian gas,” national security adviser Jake Sullivan told reporters Tuesday.

The focus on ramping up gas and oil production to wean the rest of the world off of Russian oil supplies has also raised questions of how the U.S. and European countries — which have goals to cut carbon emissions from their energy supplies in the coming decades to address climate change — can pursue both goals simultaneously.

Granholm acknowledged there’s “always concern about increasing infrastructure that would lock in problems related to greenhouse gas emissions. There’s no doubt about that.” But she added, echoing her Wednesday comments, that nations “can do two things at once,” in addressing price spikes from the global energy crisis and accelerating toward clean energy resources.

Meanwhile, IEA is encouraging Europeans to wean off gas individually as much as they can.

The agency last week released a 10-point plan to encourage Europeans to reduce their reliance on Russian oil, asking consumers to use gas-fueled vehicles less, and encouraging cities to reduce speed limits and incentivize alternative transportation. Adopting all 10 recommendations could reduce oil demand by 2.7 million barrels per day in the next four months, according to IEA. More than half of Russia’s oil exports go to Europe.

Background: Granholm told global energy leaders Wednesday that efforts to increase oil supply and the push to transition to cleaner energy resources are “not a binary choice,” echoing previous comments distinguishing between the immediate need to offset prices with the Biden administration’s goal to transition from fossil fuels toward clean power.

The secretary also alluded to creating a “Marshall plan” for energy security and acknowledged the need for Western countries to ramp up production of critical minerals needed for the clean energy transition.